Igloo has brought us the very first eco biodegradable cooler in the world, the RECOOL, which they launched this month. The product was co-invented by Ben Soto and Brad Blankinship under the company C-Preme, which they later sold to Igloo, giving the company the opportunity to own the world’s first recyclable cooler, or a Compostable cooler, if you prefer to call it this way.

The RECOOL is made from a mix of recycled paper and a waterproofing component known as alkyl ketene dimer (AKD). It only costs $10 and has many benefits to boast of.

For one, it has a brown look, which certainly lends to its biodegradable and eco-friendly vibe. It does look flimsy like it’s going to fall apart any second, but do not be fooled; this is actually pretty strong material.

It can hold a maximum of 75 pounds and, in ‘unofficial’ tests, has been shown to be capable of supporting the weight of a full grown man standing on it. 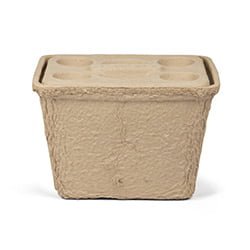 The RECOOL has ice retention lasting up to 12 hours, which is more than enough for the kind of person who would buy this cooler: those that need to use it for a single day. It also has the ability to be reused for more than once. After use, simply empty it, let it air dry and use it again.

Moreover, it also happens to be waterproof and can maintain that property for at least 5 days before you have to throw it in the compost bin. It’s all really good news, but what does this really mean?

If you’re the kind of person that buys things at the last minute, then you may have heard of styrofoam coolers. We covered them in a previous post on our site.

Styrofoam (actually expanded polystyrene, or EPS) is known to be a very good insulating material. In fact, in our article, we asked you to try out an experiment: pour some hot coffee or tea in a plastic or paper cup on the one hand and in a Styrofoam cup on the other.

You will find that the plastic or paper cup is likely to burn you while the Styrofoam cup is pretty comfortable to hold, no matter how hot the tea inside it is.

Styrofoam coolers are pretty cheap to produce, they are pretty effective, and they perform their function well enough. The Lifoam Powerhouse Styrofoam Ice Chest is a great example here. The material itself is used in lots of things, other than coolers because of its excellent properties. And yet, things are not so simple; neither are they so rosy.

Let’s start by talking about what Styrofoam actually is. The name “Styrofoam” is a trademark of the Dow Chemical Company (DOW) that developed the material sometime in the 1940s. Styrofoam is really just the chemical polystyrene, a plastic. What The Dow Chemical Company did is that they found a way to expand polystyrene by allowing little air pockets to get trapped in the plastic.

The problem with Styrofoam, however, is that it is, at the heart of it, an oil-based plastic, which means that it is bad for the environment.

There are many companies that produce Styrofoam coolers. They like to praise them as reusable coolers that you can use to cool your stuff over and over again, and yet the fact is that many of these coolers end up in landfills across the country before long.

Styrofoam polluted the environment. When it finds its way into waterways, it blocks them. It also has a tendency to float, which means it’s also going to be a form of aesthetic pollution. It also has a way of finding its way into the food chain with catastrophic consequences for flora and fauna of various aquatic habitats.

One of the main reasons why Styrofoam’s claim to be reusable doesn’t stand up to reason is its fragility. The fact that it consists mostly of air means that it is easy to break into many smaller pieces. Most people won’t use their Styrofoam coolers multiple times, for this reason, coupled with the fact that most people that end up buying a cheap Styrofoam cooler aren’t looking for a permanent solution to their cooling problem, which means the ‘reusable’ aspect isn’t of much use to them.

Because of its negative impact on the environment, Styrofoam as a material is generally frowned upon. In fact, many cities across the United States have banned it, and many more cities and municipalities are pushing hard for the material to be banned.

It is this void that the RECOOL biodegradable cooler has stepped in to fill. Listening to the story of how it has happened made us fall in love and realize it’s one of the best things to happen to the cooler industry.

The Igloo's Organic Cooler is the Answer

The RECOOL was launched this April. The launch event happened in Southern California on a farm.

The idea of choosing a farm as the site for the launch was done to help emphasize the eco-friendly aspects of the product even more. We felt that worked too. There the Igloo CEO, Dave Allen, introduced to the world to the product that we expect will disrupt an industry.

But how did it come about?

Igloo itself certainly has a long history in the market. The company was founded in the late 1940s. What we found a little interesting and poetic is the fact that the company was formed around the same time that Styrofoam was invented. Who knew that many years later they would showcase a cooler that would threaten to put Styrofoam out of the cooler business?

When Igloo started out, it made drink tanks for crewmen out of a metalworking shop. It grew slowly but surely over the years and came up with many innovative designs and products, with many of its coolers being made to cater to outdoor enthusiasts (like Sportsman, BMX or Trailmate to be a great example of that).

Over time, Igloo has grown to be massive. In an industry characterized by cutthroat competition, Igloo has managed to grow enough to own a large manufacturing facility in Texas.

The facility is 1.8 million square feet large and employs 1500 employees. Today, Igloo happens to be not only the largest cooler manufacturer in the USA but the largest one in the world as well.

The story of the RECOOL is a lot less grand but no less inspiring. The RECOOL wasn’t born in Katy, Texas, but rather Southern California. There two men, Brad Blankinship, and Ben Soto set themselves on a path to greatness.

When Blankinship and Soto started out, they were in the bicycle helmet business. They weren’t even thinking of making coolers; they were never in the plan.

However, in the fashion of many a great invention, they would stumble upon the biodegradable cooler while playing around with other things.

At the time, the pair was concerned with looking for gaps in the industry that they could exploit to their advantage. They noted that Styrofoam coolers weren’t a good thing and there definitely looked like there was room for improvement there. They thought they could do a little better with EPS.

They borrowed a few ideas from bike helmet design and wrapped a box of EPS foam in a hard shell, just like with a helmet. The idea looked promising, and they played around with different designs for 2 years, making all sorts of prototypes.

The very first product they brought to market basically consisted of EPS foam with hard plastic sides. It was certainly an improvement on Styrofoam, but it still wasn’t their eureka moment.

As fate would have it, that moment came later, when they were at a bike helmet plant picking up some packing material. It was mostly recycled paper pulp. It was pliable but still strong, and it was good for the environment. It was also waterproof. As history would have it, they never looked back again.

By 2018, the RECOOL was perfected, and it was just in time for Igloo to come along and acquire the business that Blankinship and Soto had built out of it. A year later, they have debuted the world’s first fully sustainable and eco-friendly reusable cooler.

Igloo reports that the RECOOL will be available for purchase as soon as the first of May. As we speak, it is already available for sale on the Igloo website.

As for physical models at retail stores, you will be able to get it in REI stores across the country starting this May. Most likely it's also going to be available at Amazon – and if it does, then the Igloo store at Amazon will be a place to look for it.

We definitely plan to do a full Igloo Recool review of this cooler as soon as it is out and also give you more information about where you can buy it. It is a simple product that nonetheless has disrupted the industry.

The cooler industry has for a long time relied on materials like plastic, which as we all know are not good for the environment. Seeing some effort being put toward finding more environmentally friendly options is like a breath of fresh air.

Igloo RECOOL cooler is a breakthrough and innovative product, therefore it defies our standard assessment criteria. But not to leave this preview completely without a summary, we undertook to evaluate its most important features. Keep that in mind, just as we did. A detailed review of this organic cooler is coming soon!

TIP: If you are more interested in Igloo company and its products, be sure to check a write up about their coolers, both the ice chests and the soft coolers. 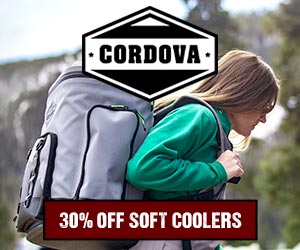 Made in the USA.