The running assumption here is that you already know that the numbers on Yeti model names are not representative of the actual capacities of Yeti coolers. Ye3s, Yeti Sizes might be misleading – a Yeti Tundra 45, for example, has a capacity of about 37 quarts.

In case you don’t, then you have been interpreting those numbers wrong and need to read on to find out what Yeti cooler sizes and capacities really are.

In case you already knew the numbers weren’t representative of actual sizes and capacities, then you need to read on to find out a little more about why this is so and also to get an in-depth guide on what the actual Yeti ice chest sizes and capacities are.

What’s Wrong with Yeti Sizes and Capacity? Where Does This Misunderstanding Come From?

When we review the coolers and first realized that everything is not as it seems when it comes to the sizes and capacities of Yeti, we thought there was a legitimate explanation for it and probably some kind of formula via which you could tell what the Yeti cooler capacities were based on the numbers in the model names. To put it bluntly, we were wrong. 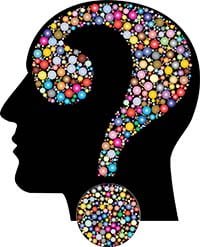 So what, exactly, is Yeti’s reason for being so opaque with their capacities? It would seem that most of it is just plain old deceptive marketing.

The numbers on the models seem to directly point to the capacities on the coolers but that’s not what happens.

When you check on Yeti’s website, you will notice that they give quite a bit of detail about their coolers.

They talk about the dimensions of the coolers, both exterior, and interior, and they also talk about how many cans of beer and pounds of ice the coolers can hold. But never once do they mention the quart capacity of their coolers.

For these reasons, there are many customers who have gone out there and bought a Yeti cooler under the assumption that the model number was the quart capacity, only to find out that they got something with different capacity.

The fact, however, is that, except for the Roadie 20 and the Hopper 40, every Yeti cooler capacity falls short of the number in the model.

How Do We Know the Actual Capacities of Yeti Coolers?

Well, in case you have ever bought a Yeti cooler, then you know that the package comes with an owner’s manual. The owner’s manual contains a list of almost all of their models with the exact capacities in gallons and cans. 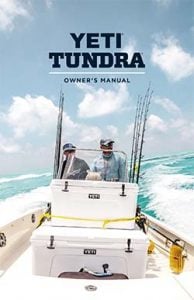 The only thing that’s missing is the capacity in quarts. Of course, Yeti know what the capacities of their coolers are in quarts.

We were able to convert the capacities in gallons into quarts and so Yeti could do the same, obviously, but they choose not to.

Our guess is that Yeti probably decided that it is not a good idea to share the capacities of their coolers in order to stop savvy customers and competing brands from comparing the sizes of their coolers from those of similar coolers.

By making it harder to do a market comparison, they make it harder for customers and competitors to fault their coolers.

This isn’t something that’s common in the coolers market. For most brands out there, the model number also happens to the capacity in quarts.

In fact, only one other brand out there does not match the model number with the capacity, and that is Engel. However, they have listed their model numbers and quart capacities all over their website, so it’s not hard to find that information.

That said, here is a table of Yeti coolers and their capacities:

How About Yeti Soft Coolers and Other Products Having a Capacity? 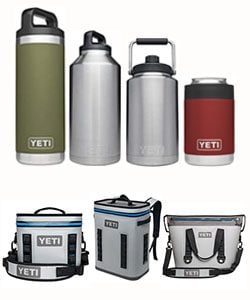 You’re probably wondering how the situation is for Yeti soft coolers and Yeti drinkware. Thankfully, it’s not entirely so.

The soft coolers still have a bit of a situation going on with their model numbers and cooler capacities, which means you’re not quite getting what you think you’re getting, but the drinkware is different. The advertised capacities in ounces are what you get when you buy the drinkware.

Perhaps Yeti is a little more open with these because there is less competition in this niche? We can’t tell for sure. We are grateful that we don’t have to worry about the capacities of the drinkware products, though.

So there you have it. Yeti sizes and capacities are something of a mystery when you rely solely on the company to give you all of the information.

For reasons unknown to the public; reasons we can only speculate on, Yeti has preferred to remain silent on the matter.

However, if you’re curious enough, you can always find out the actual capacities of Yeti coolers on your own.

You can either use their size and capacity table to do some calculations and convert the gallons into quarts, or you can try and find the information online from third party sources.

Ultimately, you’re going to have to decide for yourself whether you think this is okay for Yeti to do from an ethics perspective.

Should they be trusted in other areas of their marketing if they decide to keep something so simple a secret? We don’t know. We leave that one up to you.

Go and check all Yeti Coolers at Amazon